A reworked and frankly superior version of Oblivion High was published in Sweden by Kolik Förlag in March 2012. A second Swedish volume, Oblivion High 2, came out in 2014. 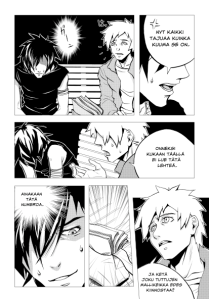